Problem: You're a PC gamer who absolutely loves The Elder Scrolls series and were eagerly anticipating the release of the newest game, Skyrim. But as much as you'd like to pick up the new game, money is tight. What do you do?

The previous game in the Elder Scrolls series, Oblivion, has been out since 2006. Because of its age, the modification scene has been working on tweaks and fixes since day one of the game's release. They've even gone so far as fixing bugs that the developers haven't patched out to this day. There are even mods out there that make Oblivion look like a completely different game. Or you could make it as silly as possible, just like in the video below.

For those out there who can't play Skyrim yet, for whatever reason, below is a list of the best mods to turn Oblivion into a completely different experience. It should be obvious, but this one of those PC-only things. Sorry, console gamers!

This is the biggest, best mod available for Oblivion. Think of it as the end-all, be-all of patches for the game. This will fix 2,200 bugs that are present—even in the fully patched version of the game. This isn't just a testament to how driven and committed the Elder Scrolls community is, it's a testament to PC gaming. No console manufacturer would ever trust fans of a game to patch a game on their system. Which is one of the many reason I adore PC gaming. But I digress.

It's hard to give examples of what's fixed with this patch without going in to a super detailed description that would bore me as much as it'd bore you. However, you can take a look at the fixes right here. Just know that this patch will fix things from quest wonkiness, to stuff within the game's engine and how it handles certain files.

When you bring up your journal in Oblivion, you're greeted by an awkward mess of an inventory and map system. Sure, it works, but wouldn't you want it to work better? Then you better install DarNified UI from modder DarN. How the mod streamlines your interface is nothing short of miraculous. It'll make fonts smaller, allowing for more to be displayed at a time. Your map will be beautifully colored and more functional than ever. And the player's HUD has been streamlined and optimized for maximum efficiency. 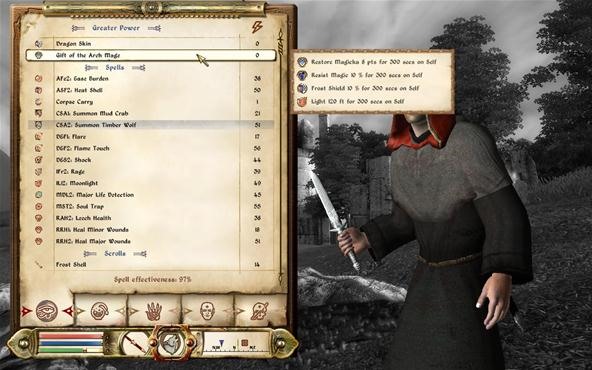 This is one of those mods that should be required to download before you even start playing the game. Like I said above, the stock Oblivion journal system works to a degree. But DarN has created a UI that is so intuitive and streamlined, it makes you wonder why Bethesda didn't hire him to create the interfaces for all of their games.

Here's a mod that will make your game look absolutely beautiful, but at a cost. You see, this mod is for players who have a beefier system with a nice graphics card and don't mind losing about ten frames per second. If you've ever played Oblivion, you know that the distant land textures kind of look like butt. And even up close, there should be some more detail in the textures in general. Enter Qarl's Texture Pack. Qarl has gone through and updated the stock Oblivion textures with completely remade high resolution replacements. 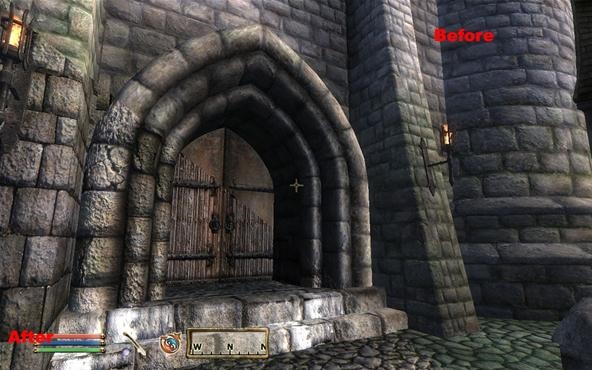 Entire towns will look different when you install the texture pack. Hiking along the Gold Coast in-game is a sight to be seen already. But couple that with the new textures, and it looks like you're taking in a fine painting. If you have a higher end PC, and don't mind downloading 1.67 GBs of textures, get on it already.

And how better to complement the amazing work Qarl dedicated to his mod, than to pair it up with one that adds even more detail to the world of Cyrodill? Modder Max Tael has created the mod Natural Environments that works perfectly right next to Qarl's Texture Pack. Adding in beautiful nature effects, such as rainbows, improved vegetation & trees, and going so far as to add in the seasons, this mod really makes you believe that within the game is an actual a living, breathing world.

This one isn't a mod, so much as means to completely change how you play Oblivion. Oscuro's Oblivion Overhaul adds new monsters and quests, balancing things to a near sickening level while incorporating aspects of other popular mods. But the real question is "How much has changed?" The answer is "A lot." The NPC AI in the game has received a significant boost. So now, characters in the game will loot dungeons of their wealth, and fighting off any threats that come their way by themselves. 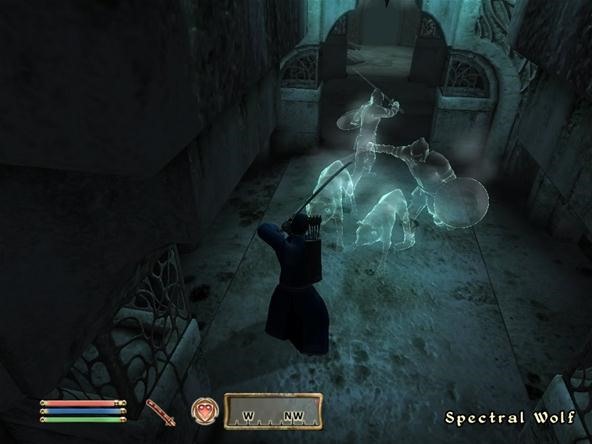 One of the other big changes is a completely revamped stealth system. As a Journeyman or Expert in Sneak, you'll get a x7 and x8 damage multiplier, respectively. But of course, sneaking is harder now. Other big changes include new factions, including "good" and "evil" animal factions you can befriend or become an enemy of. And that's just one of two dozen new factions within the game.

Oscuro has created the defining Oblivion mod, and it's no wonder that Bethesda, creators of the Elder Scrolls series, have hired him on to work on their titles. You'd be a fool to not give this one a shot, especially since you're getting what usually equates to an expansion pack in most other games for free. 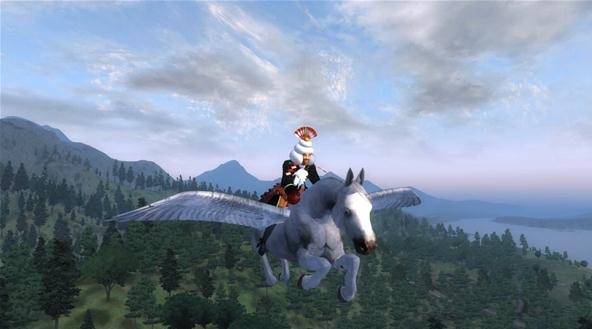 That's about all I have for you in terms of mods. In my experience, these are the best out there, and are all deserving of a download. If you have any other mods that you would like to share, hit up the comments below, or shoot me a message through the site. Happy questing!

Want to master Microsoft Excel and take your work-from-home job prospects to the next level? Jump-start your career with our Premium A-to-Z Microsoft Excel Training Bundle from the new Gadget Hacks Shop and get lifetime access to more than 40 hours of Basic to Advanced instruction on functions, formula, tools, and more.

Other worthwhile deals to check out:

Join the Next Reality AR Community

Get the latest in AR — delivered straight to your inbox.

Thank you for giving me an excuse to watch Mr. Mochi again. If Skyrim works in a reference to his greatness, I may die of happiness.

I just want a Mr. Mochi mod for Skyrim.